you learn something new every day? It’s interesting to this fan how much he still learns, even as he is spitting distance from six decades of living. Today, he discovered the exciting experience of a new fan attending a NASCAR race and meeting other residents of NASCAR Nation. Nice read, even if the language is a bit raw. It’s a blog fittingly called “New NASCAR Fan.”

It’s a reminder that racing is best experienced in person. Sometimes, even if the event doesn’t live to the hype, there’s all the sights and sounds. With the fumes, the colorful fans, and the bone jolting noise, a NASCAR race has been described as an assault on the senses. What we’re reminded of with the aforementioned article is that a race is more than just a speed contest. It’s an event. It’s a gathering of like-minded souls. If experienced well, going to a NASCAR race can be a bucket list experience- especially if it’s at one of the signature track- like a Daytona, Bristol or Darlington. It’s like seeing one of your favorite all-time bands in concert.

In addressing today’s NASCAR challenges, one key that can’t be missed is getting some booties in the seats. Time after time, stories are shared where those who attend a NASCAR race for the first time end up hooked for life. They’re never the same.

Why aren’t more people attending races? Numerous explanations have been offered. Much of it centers around the cost. It’s not so much the admission, it’s what’s involved in getting there. Because we’re talking a limited number of venues, travel is often involved. While gas isn’t as outrageous as it was in the summer of 2008, it’s still not dirt cheap, especially if you travel by RV.

Then there’s the lodging. The costs for a room for fans going that route have been downright criminal. This doesn’t even get into expensive concessions and all the hassle that comes with getting in and out of speedway.

You can’t fix it all. However, if you fix a couple of major factors, perhaps the other issues become more tolerable. This doesn’t address the ongoing quest to improve the cars to improve the racing. We’ve all been to sporting events where the game wasn’t that great, BUT if other aspects of the experience were good, we’re still happy. To effectively deal with today’s NASCAR challenges, it all has to come together. Many who attend races love it, even if Jimmie Johnson is stinking up the show. One too many times, fans have returned saying “never again,” because the race was “meh,” and it cost WAY too much to get there.

See if this doesn’t make sense to you. If race attendance improves, fans tell their friends about the great time they had. Even after the circus has left town, they’re still following the series and watching it on TV.

Addressing today’s NASCAR challenges cannot be done without addressing getting people to show up. Cross-promoting with the fighting arts, and scheduling concerts is intriguing. Just remember, NASCAR, that the race is the main thing and being able to afford going there must addressed to help keep the sport alive.

The post You Had To Be There: Today’s NASCAR Challenges appeared first on NASCAR. 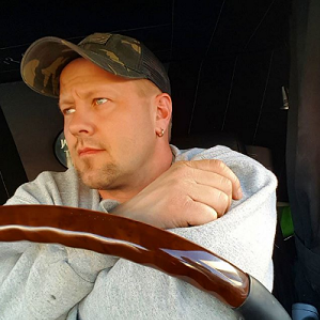 Hi I am Alono Wurth from Saint Louis, MO, I am 31 years old. I am a Truck Driver working in a local transport company. We transport goods all over the Missouri State.